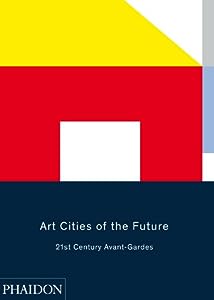 Charles Okereke's 'Unseen World' series and Mirror from the 'Canal People' series are featured in "Art Cities of the Future: 21st-Century Avant-Gardes [Hardcover], Antawan I. Byrd,  Reid Shier (2013)". The book will be released on September 23, 2013.

Book Description:
The contemporary art world is increasingly global, with a larger population, wider territory, and greater number of nationalities than ever before. Its prevailing conversation, however, has yet to catch up. Art Cities of the Future: 21st Century Avant-Gardes uncovers twelve distinct avant-gardes that have surfaced in recent decades, exploring their artistic heritage, cultural climate, and contemporary milieu.

The book's format is simple: for each of the twelve cities - Beirut, Bogotá, Cluj, Delhi, Istanbul, Johannesburg, Lagos, San Juan, São Paulo, Seoul, Singapore and Vancouver - a curator selected eight artists to represent the contemporary avant-garde. Though the artists work in a variety of media, including photography, painting, sculpture, installation, video, and performance art, all share two distinct qualities: a commitment to experimental art and a dedication to their local landscape.

Lively, thought-provoking, comprehensive, and packed with more than 500 images, Art Cities of the Future is sure to widen the historical narrative, allowing us to imagine a future of diverse aesthetics and shared concerns in the common language of contemporary art.

Posted by charles okereke at 6:04 AM